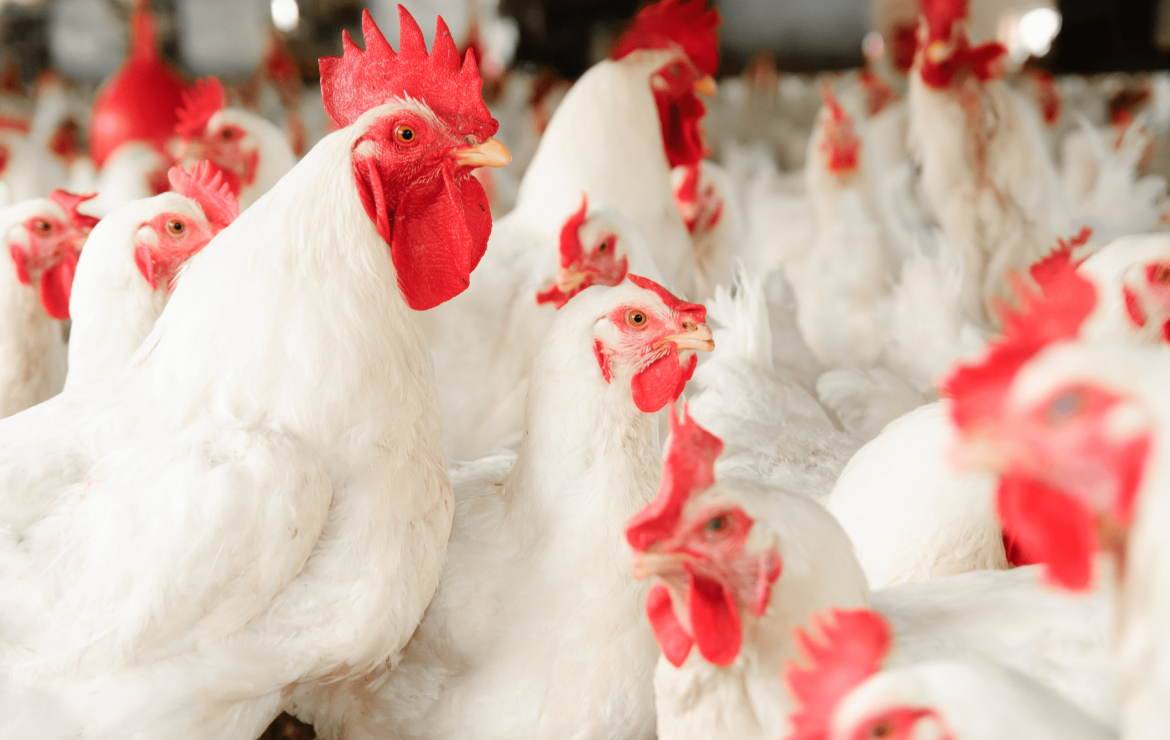 How the Innate and Adaptive Immune Systems Work Together

Research has shown that nutritional interventions can influence the immune system of livestock and poultry. In order to interpret research findings and design stronger experiments, scientists have had to develop a deeper understanding of immune function.

However, any student of the immune system might agree that a full comprehension of its depth and diversity would be as unlikely as swimming across the ocean or controlling the tides.

With the help of many knowledgeable and gracious scientists, we’ve been able to wade out into deeper water, but not so far that we cannot still see land. Several of our friends and colleagues have suggested an overview of avian immunology in layman’s terms may be useful to both poultry production and management staff. So with this challenge in mind, check out this summary of one of the most perceptive and protective systems imaginable. Let’s put our life jackets on and wade on in.

The Basics of Immunity

Immunity is understood to be “protection against disease” and is “mediated by a collection of molecules, cells, and tissues collectively called the immune system” (1).

Immunity in all vertebrates, whether avian or mammalian, can be broken down into two main categories – innate immunity and adaptive immunity (1, 3, 6, 7). The innate and adaptive immune responses are an integrated system where a multitude of various cells and molecules function together to protect the host from a variety of pathogens (1).

The innate immune system has a several components that help provide that initial defense response. These include:

Physical and chemical barriers include the skin, the mucosal epithelium, and secretions of the gastric and respiratory tracts that are designed to help against infection (1, 3, 6). One specific blood protein called “complement” is a serum protein that works in conjunction with antibodies to help destroy certain target cells (1, 3, 6, 7, 11).

Various cellular components of the innate immune system include:

Many of these protector cells have a phagocytic role, ingesting and eliminating harmful microbes that are the target of the innate immune response (1, 3, 6, 7). The pathogenicity of a microbe refers to the organism’s ability to resist the mechanisms and components of the innate immune system (1).

When this nonspecific response is overwhelmed, a more specific approach is required which leads to the recruitment of adaptive immunity (1, 3, 6, 7).

Adaptive immunity takes a more targeted approach as it recognizes specific features on the surface of a pathogen that initiates a cascade of events leading to the elimination of the pathogen and creation of “memory” that will allow for protection from future exposure of that same pathogen (1, 3, 6, 7). Adaptive immunity is considered a specific response as it has the capability to distinguish between even closely related macromolecules because of specific features on the surface of the pathogen (1, 6, 7).

Adaptive immunity is mediated through lymphocytes, which are small white blood cells capable of recognizing antigens. Lymphocytes initiate a cascade of events ending with elimination of the antigen (1, 3, 6, 7). Lymphocytes can be grouped into two subpopulations called (a) B-cells and (b) T- cells (1, 3, 6, 7). In both mammals and avian species, the thymus is a primary lymphoid organ where the maturation of T-cells occurs (1, 3, 6, 7, 10). The Bursa of Fabricius is also a primary lymphoid organ, unique to avian species, and is the site where the maturation of B-cells takes place (3, 6, 10, 11).

Adaptive immunity can be further subdivided into (a) humoral immunity and (b) cell-mediated immunity where these specific lymphocyte subpopulations work to recognize and effectively eliminate invading pathogens (1, 3, 6, 7, 10).

The humoral response is the primary defense mechanism for the elimination of extracellular pathogens and their toxins (1, 7). Humoral immunity is associated with the blood and involves circulating antibodies that have the goal of eliminating a specific antigen (1, 3, 6, 7). Antibodies, which also are known as immunoglobulins, are large, Y-shaped molecules produced by B-lymphocytes. Their primary role is the identification and ultimate neutralization of pathogens (1, 7).

In mammals these immunoglobulins are broken into five classes called IgA, IgD, IgE, IgG, and IgM (1, 7, 11, 12). In the avian immune system only three types of antibody molecules have been identified, including IgM, IgY, and IgA (3, 6, 9, 10, 11). These immunoglobulin classes can be secreted from several sites in the body and their primary functions might vary depending upon the perceived challenge (1, 3, 7). For example, IgA synthesis occurs constantly and is primarily located in mucosal areas such as the gastrointestinal and respiratory tracts (1, 3, 7). The primary role of IgA is to provide mucosal immunity by preventing colonization by invading pathogens (1, 3, 7).

Cell-mediated immunity involves T-lymphocytes and it is the primary defense mechanism for elimination of intracellular pathogens that are inaccessible to the circulating antibodies of the humoral response (1, 3, 6, 10).

The T-cells of the cell mediated response can be loosely divided into two smaller groups called CD4+ helper T-cells and CD8+ cytotoxic T-cells (1, 3, 6, 7, 9, 10). CD4+ and CD8+ represent the distinct cellular marker on the surface of these lymphocytes (1, 3, 6, 7, 10). These T-cells only recognize peptide antigens that are present on the surface of the invading cell (1, 3, 7).

The responsibility for displaying these antigens for recognition by the T-cells is performed by the major histocompatibility complex (MHC), which is a large group of genes that encode for a set of specialized proteins that help to bind to these peptide fragments and increase recognition by the appropriate T-cells (1, 7, 9, 11, 12). Two structurally different classes of MHC molecules exist called Class I and Class II MHC, and these different classes of MHC molecules interact with different types of T-cells. Class I MHC molecules are associated with antigen presentation to C8+ T-cells, whereas Class II MHC molecules are associated with CD4+ T-cells (1, 7).

In response to the presence of microbes and antigens, recognition helper T-cells secrete cytokines (proteins). Their main role is to mediate and regulate the various mechanisms of the immune response (1, 7).

Mechanisms of the immune response that cytokines orchestrate include:

Once activated by antigen recognition, cytotoxic T-cells break down the infected cell (1, 3, 6, 7, 9, 10). After exposure to an antigen, B-lymphocytes and T-lymphocytes can further differentiate into (a) effector and (b) memory lymphocytes that work together to eliminate an antigen after the host has been re-exposed (1, 3, 6, 7).

The successful defense against an invading pathogen requires a coordinated effort between both the innate and adaptive immune responses and their various components. Much research has been done to identify natural products that can support the function of the immune system.

A number of studies have investigated the modulation of both the innate and adaptive immune responses through nutritional interventions (2, 4, 5, 8). Specific influences investigated included effects on innate immunity through natural killer cell activity (8), lysozyme activity (4, 5), and IFN-gamma production (8). Adaptive immunity also has been studied and reported in terms of secretory IgA levels (4, 5) and antibody titer levels following vaccination (2, 4). 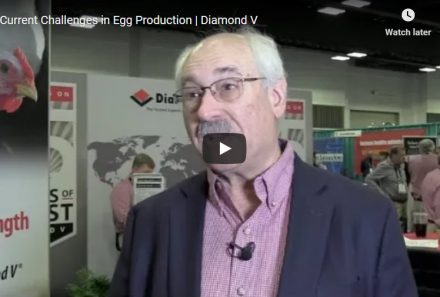 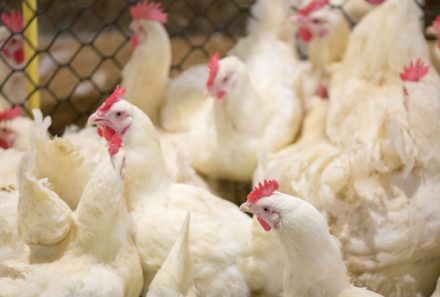 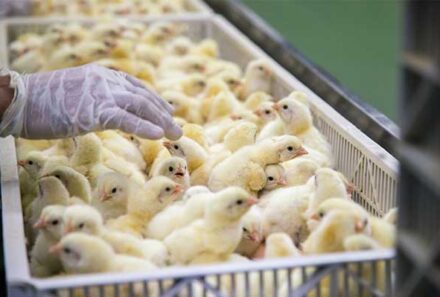 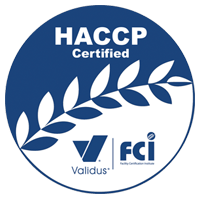 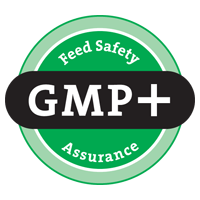